A Few Reasons to Consider Surge Protection for Your Home 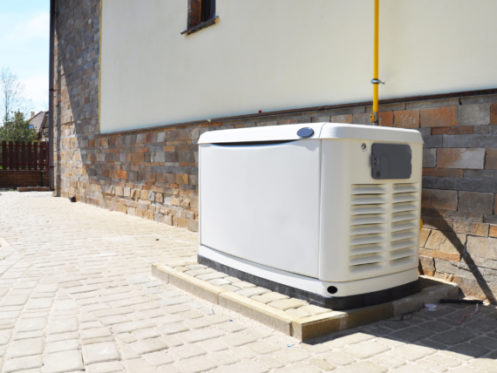 Electricity is an important resource that helps make your Crandall home more livable. Unfortunately, with so many devices constantly plugged into the wall, the chance for a problem due to a surge always exists. However, if you’re able to understand what surges are and what you can do to protect your home, you will be much more prepared to face this unpredictable issue. While there’s no fool-proof protection device against every surge, a whole-home surge protector can go a long way toward preventing any problems. To learn more about surges and surge protectors, check out this article from the pros at Accurate Home Services.

What Is a Power Surge?

Power enters your home in both 120V and 240V variants. The 120V variant powers most common home electronics, refrigerators, washing machines, lamps, and anything else with a typical electrical plug. 240V power is used for high-draw devices like stoves, dryers, and water heaters. As long as the voltage coming into your home remains at 120V or 240V, everything will work fine. However, when the voltage suddenly increases due to any number of causes, it can damage the various electronic devices in your home. Power surges can come from either outside or inside your home and typically only last a few seconds at most.

A surge from outside your home comes from two main sources. The first source, and probably the one that people think of most often, is a lightning strike. The enormous amount of power that a lightning bolt creates is more than enough to destroy all of the electronic devices in your home if your electrical system takes a direct hit. Typically, though, when a surge originates outside your home, it happens because of a problem with the electrical grid. For example, during high-demand periods, the local utility company may choose to utilize other power sources to ensure they have enough capacity to meet the demand. To take advantage of these other power sources, though, the utility company may need to switch to a different distribution system. During this changeover, a surge of electricity can flow from the main distribution center all the way to your home. Since utility companies work to dynamically meet local demand on the fly, there’s no way to know when one of these surges will occur.

One big challenge of protecting against surges is that they can originate from within your home just as easily as they can originate from outside your home. Any electrical device in your home that malfunctions can cause a high-draw situation that leads to a surge. Think of it like this: any electrical device that’s plugged into an outlet in your home is part of the electrical system while it’s plugged in. This means that each device needs to work properly, just like every switch, outlet, and circuit breaker needs to work properly, to ensure your electrical system works correctly. If a high-draw device, such as a dryer, malfunctions so that it’s resisting the load of electricity that’s being delivered to it, that electricity has to end up somewhere. While much of the electrical energy will turn to heat energy, some of that electrical energy may end up causing a surge that damages other electronic devices in your home.

Problems Caused by a Surge

There are many potential problems that a surge can cause that Accurate Home Services wants you to know about. The problem is that people typically only think of surge damage happening to modern electronic devices. However, surge damage can happen to anything that’s plugged in. For electronic devices, such as televisions, computers, and home entertainment systems, damage can include erratic operation, complete loss of function, and a burning smell coming from the device. Similarly, refrigerators, stoves, washing machines, dishwashers, and other appliances may stop working if they’re exposed to a surge. This is true even if the appliances don’t utilize circuit boards to operate. The high voltages involved in a surge can also damage the electrical wiring in your home, leading to a need to have those wires replaced by an electrician.

How a Whole-Home Surge Protector Works

At Accurate Home Services, we are proud to be able to offer our customers a wide range of electrical solutions for their homes in Crandall, TX and surrounding areas. We can install surge protectors, new electrical panels, new lights, and a host of other electrical devices. We can also install air conditioners and repair furnaces, providing a one-stop shop for all your home comfort needs. With over 25 years of experience, we know what it takes to take care of our customers. That’s why we consistently receive five-star customer reviews. To learn more about protecting your home from electrical surges, contact us at Accurate Home Services today. Our owners and team play an active role in our community. Every year since 1992, Accurate Home Services has been the winner of the Kaufman Herald Readers Choice Award for Best of the Best Air Conditioning and Heating Company.
Related Posts
The Benefits of Replacing Your Federal Pacific Panel and the 2023 Energy Efficiency Tax Rebate

Have you ever wondered why your electric bills are so high? Or why you have… View Article Read More

Why Home Surge Protection Is an Important Investment

Should You Update Your Home’s Outlets to Include USB Ports?

The power outlets in your home are something you probably take for granted. However, much… View Article Read More